This is quite possibly the worst attempt at phishing that I’ve seen recently: 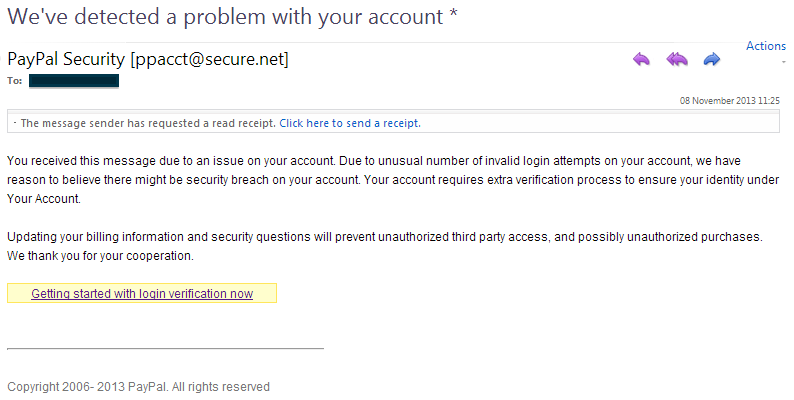 I clicked the link out of professional curiosity and was greeted with the following: 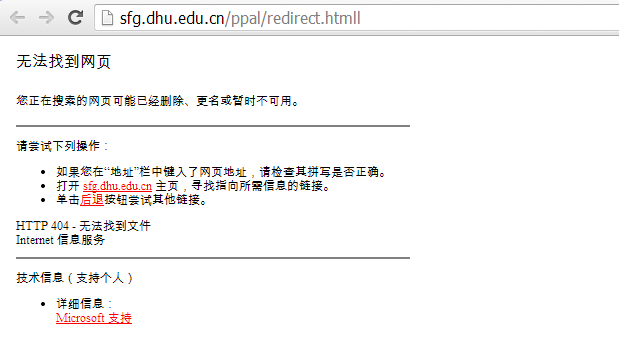 They managed to include the wrong link in their e-mail. I wonder did somebody lose their job for that mistake? I corrected the mistake and BAM, fake PayPal login.

I had previously said that I’d follow up my Jawbone Up initial impressions with a more in-depth review. Reading back on the initial impressions I think that I covered the basics fairly well and I suppose at this point all that’s left to do is review my own personal use.

I’ve kept using the UP with the exception of a few weeks here and there where I misplaced the charger because it’s a good ten days between charges. This is obviously both brilliant and annoying. It’s so long between charges that the charger has been packed away or is at the bottom of a bag or still attached to some USB plug somewhere. It’s not a major problem but it would be nice to have a standard charging mechanism, though I can see how that would compromise the design of the UP. The ten day battery life is very convenient though. Jawbone sell additional charging cables for about $10 so it’s not the end of the world if it goes missing.

The sleep tracking is good but there are some inaccuracies. It’s reasonably accurate with the start and end of your sleep, but waking up during the night isn’t really reflected in its recordings unless you flail your arms around a bit or get out of bed. It really made me realise that I wasn’t getting as much sleep as I had convinced myself. That alone was worth the asking price.

Related to the sleep tracking is the stand out function of the device. The smart alarm. The UP gently vibrates to let you know that you should get up. It can wake you up when your sleep cycle is the lightest. This is quite possibly the second nicest way I have ever been woken up, it makes a regular alarm clock seem violent in comparison. The only problem with it is that once you the alarm off, it’s off for good. I still have to set a backup alarm on my iPhone just incase, but the UP’s alarm is very effective.

I haven’t really bothered with the food tracking aspects of the Jawbone, I have yet to find an app that makes food entry easy. I tried for a few days and gave up on it.

The step tracking is accurate and useful. Measuring the steps has lead to me taking the long way around to get places and taking the stairs more. There’s nothing more to say about it really. I don’t exercise much beyond walking at the moment due to an ankle injury which but the exercise entry is fluid.

The most annoying feature of the UP is as follows: When you want the Jawbone to track your sleep, you must long press the button to change to sleep mode. If you have forgotten to sync or, like me, want to double check your alarms are set correctly, the UP reverts to daytime mode without telling you! Change to sleep mode, check alarms, day mode. This has lead to numerous nights sleep that have been unrecorded. When a state change is explicit I expect it to always be explicit. It took me far too long to figure this one out. I had myself convinced that I was changing the mode in my sleep.

The Jawbone UP is definitely worth the money if you’re interested in what it has to offer. It’s unable to track sleep apnoea, one of the reasons I was initially interested in sleep tracking, but the rest of the sleep functions are great. There are better apps to track your diet. Overall I’m very happy with it.